Noman Ijaz is a Pakistani actor, known for performing in Pakistani drama serials and films, was born on 14 February 1967, in Lahore, Pakistan.

He’s active in his acting career from the year 1988 and considers as one of the most senior actors of Pakistan.

Noman was born into a family in Icchra, Lahore, his father worked as a manager of a movie theatre.

He started his career from appearing in a drama serial in the year 1988.

For higher-level studies, he went to the University of Punjab, in Lahore.

Asim net worth is estimated at around 100k to 1 Million USD Dollars and his income per drama episode is more than 50 thousand Pakistani rupees.

A Video of Noman Ijaz’s Biography 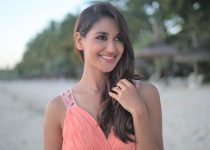